This article originally appeared in The Memphis Business Journal.

One of Memphis’ largest private companies is expanding its Jackson, Tennessee, presence. 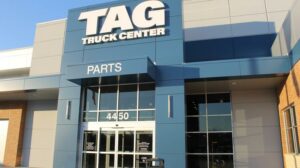 The new facility will also feature new offices, meeting rooms, a drivers’ lounge, and an expanded parts showroom and warehouse.

“We are beyond excited to announce this expansion of our business in Jackson,” said TAG principal owners Gary Dodson and Tommy Earl, in a prepared statement. “This Freightliner and Western Star dealership will have a much more visible and accessible location along I-40, plus be able to better meet the service and parts demands in the Jackson area.”

TAG was founded in 2007 and ranked No. 10 on MBJ’s Top 100 Private Companies list based on 2020 revenue. The company brought in over $1.1 billion in 2021 revenue and employs over 1,200 people across 10 dealerships in Tennessee, Arkansas, Mississippi, Missouri, and Kentucky.

The new location places a location directly next to I-40, a key highway for shipping, especially once Ford Motor Co.’s Blue Oval City gets online.

TAG’s headquarters and main truck center are located at 4450 American Way. That facility cost $30 million to build and helped revitalize the former Mall of Memphis site.

TAG anticipates breaking ground later this year on the new Jackson facility and expects construction to take 12 to 18 months.